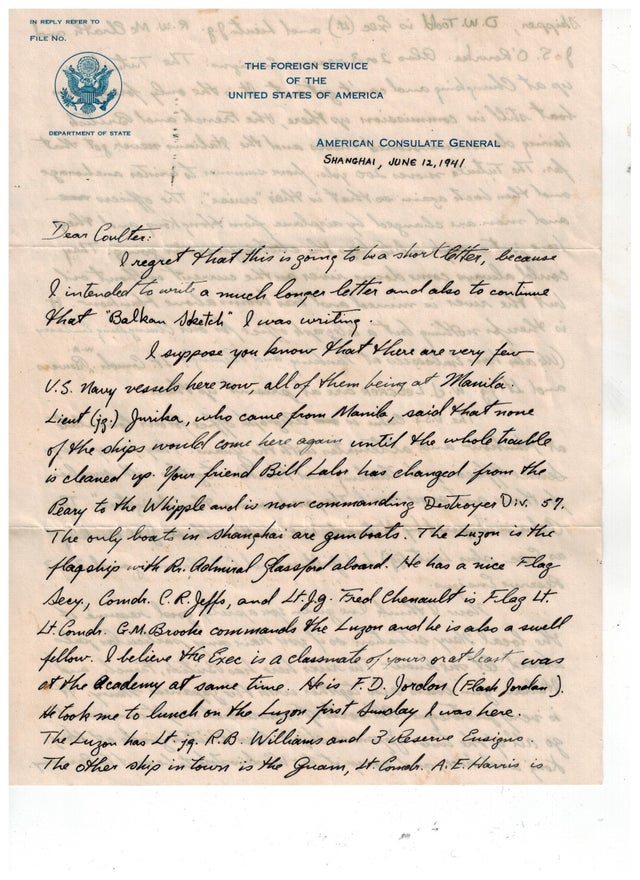 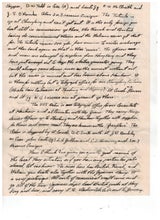 Pre-Pearl Harbor, June 12, 1941, State Department Assessment of Navy situation in Shanghai China sent in a personal letter for Franklin D. Roosevelt's Eyes. This letter was written from Frederick Hunt Sr. who was Consul in Shanghai, China in the months before allready invaded and pillaged northern China. This letter was written to his brother Richard Coulter Hunt who had just been Naval Aide to the President. This letter was aquired from the family and a detailed explanation of the letter will be attached upon purchase.