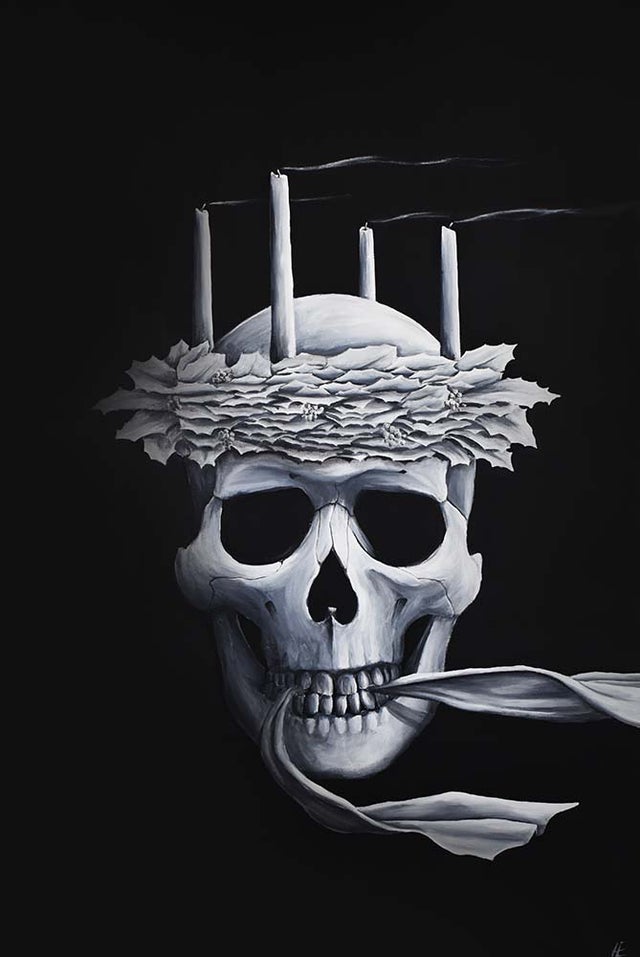 Saint Lucia is a painting of the Italian martyr from 4th century Sicily with the same namesake. Due to Christianity’s impact in Scandinavia, Saint Lucia Day is a popular holiday in Sweden, celebrated on December 13th. I depict the Saint in a rather gruesome way, a disembodied skull, as multiple times throughout history her head has been separated from the rest of her body; including theft in 1981 where only her skull was left behind.